The EuroCES scheme started in Britain in the early 1980s since then it has increased in scope to operate in a dozen or more countries throughout Europe. Around 500 sites are operated annually, but more have been operated in the past. 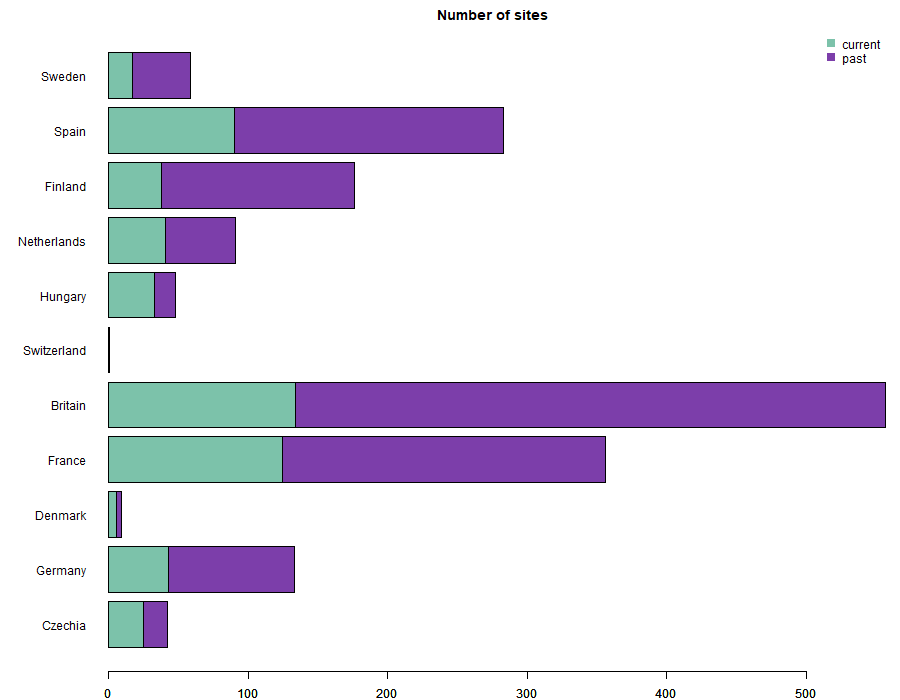 Most sites are in 'wet' habitats - either reedbed, or areas with emergent scrub. In a few countries sites are also operated in garden and farmland habitats, increasing the range of conditions in which we can study bird populations, and the factors that affect them. Most sites are operated for around 8-10 years, though some have been kept running for much longer. In Britan, four sites have operated continuously since the scheme started there in 1983 providing an invaluable picture of how bird numbers and communities change over time. 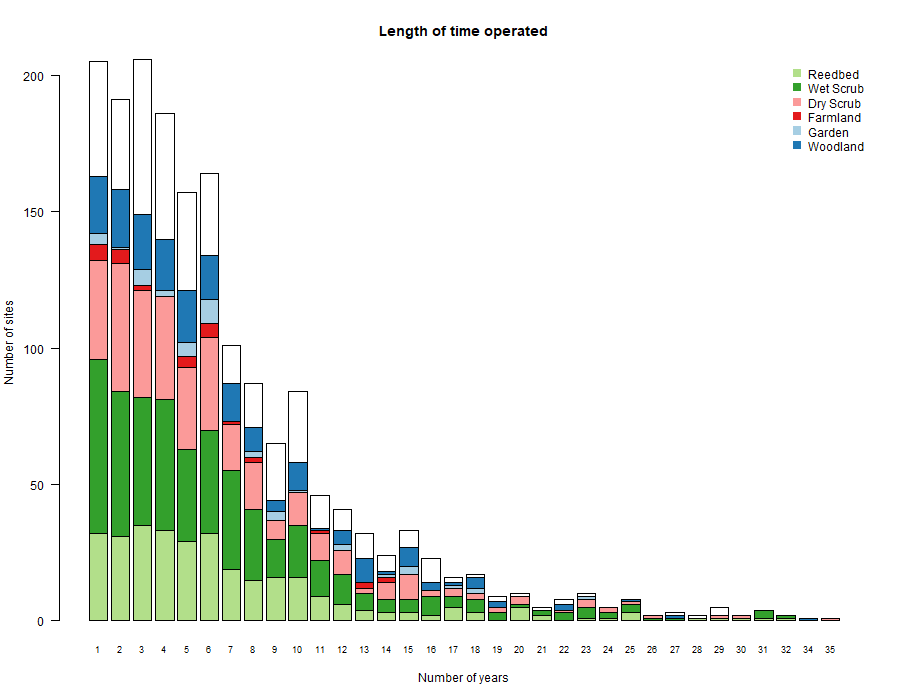